When planning a trip to Europe, I always consider the inclusion of countries or cities I have yet to visit.  For my last big trip to attend the French Open, I selected Amsterdam as one of my itinerary stops.  I had traveled all over Europe while I was in college studying abroad, doing the typical backpacking with a Eurorail pass adventure.  But contrary to what you might expect of a college student, I had no interest in going to Amsterdam at the time because I wasn’t into the “coffeeshop” culture and it wasn’t as preferable a destination as other cities.  Now, years later, the Netherlands were one of the last remaining European destinations on my list, as I had already slowly checked off the rest of Europe through other journeys. 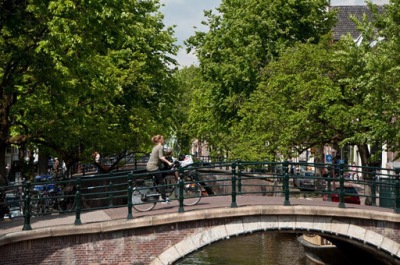 Arrival in Amsterdam is very convenient, as the train is a direct shot from the airport to Central Station, then light rail trains serve the main streets.  The layout of the old part of town is very interesting, like rings on a tree.  And from a getting around and maintaining your bearings standpoint, it was super helpful. 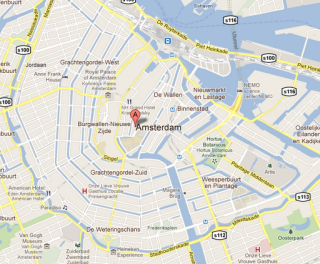 What was even more helpful was that, once again, I joined the free tour from Sandemans to learn about the history of Amsterdam and discover the locations of key points of interest – like the widest and the narrowest bridges, the old church, the Anne Frank house, and the Jordaan district.  Not surprisingly, I also joined the Red Light District tour (paid), that followed the free tour, in order to further enhance my understanding of the history and culture of the accepted practice of legalized prostitution.  Honestly, based on what I saw, you’d have to be pretty desperate to solicit the services of those ladies, but then again it could be because I only got to see the day shift.  Maybe the night shift is better?  One interesting fact I learned on the free tour was that there’s a bad practice of drunks throwing bikes into the canals after a long night at the bars and clubs, so bad that they have to dredge the canals frequently.  Sometimes the drunks don’t stop at bikes but target lightweight cars instead, like Smart cars and Mini Coopers…do what you want with the Smart cars drunks, but leave the poor Minis alone.  Beep beep!

What I immediately enjoyed during my exploration of Amsterdam was the Dutch architecture of the merchant mansions on the canals.  These 17th century townhomes can be valued at upwards of $5 million!  Of course, the price depends on the canal location and the condition of the basement and foundation, a critical requirement for withstanding the damaging impact of the surrounding waterways over time.  Like other old towns, many of the original homes bear markings of their historical past, including unique roof line shields or identifying plaques, hooks used to raise and lower stored goods to/from the attics, and front facades that have a distinguishable forward lean to prevent the goods on the hooks from damaging the buildings.  Of course any evident sideways lean is not on purpose nor desired, as it is a symbol of a damaged foundation.

During my visit, I made sure that I stopped at the major attractions.  Anne Frank’s house was top on the list, and it is strategic to plan your visit towards the opening or closing times, as the lines can be quite long and a waste of your time.  I also made sure to visit the Van Gogh museum, the most concentrated and comprehensive collection of his work.  Because I was more efficient in my touring than I expected, I also had time to go to the entertaining Heineken Experience and learn about how to properly pour a pint of their beer.

Confining my visit to the central old part of town, I thought, was not going to give me the full Netherlands experience.  Using Trip Advisor for my research, I found Joy Ride Bike Tours that offered a 4 hour tour into the surrounding countryside.  There are other bike tours and bike rental companies, but I found Joy Ride to be very entertaining and educational, plus the owner is an American, so no language barriers!   The tour takes you through the large Vondelpark, out to the farms that are below sea level and a 364 year old windmill. 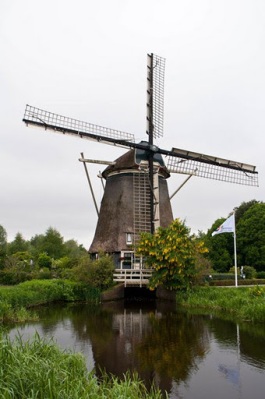 The windmills were used to pump out the water in the lowlands in order to create the current farmland that remains today.  The final destination, before returning to the city, is a 400 year old working farm where you learn from the owners how they make their unpasteurized cheese (one word…SAMPLES!!!) and use traditional European industrialization-age machines to make clogs. So all you need to remember is Joy Ride Bike Tour = cheese and clogs!

In summary, Amsterdam was a great experience, and I’m glad I delayed my visit.  I feel like I really understand the history and the culture a lot better, including the coffeeshops.  If you’re planning on going, I leave you with one warning:  WATCH OUT FOR BICYCLISTS!  There are more bikes per capita in the Netherlands than in any other part of the world, about one bike per person.  You need to be more aware of bikes and bike lanes than you do of cars.  It’s pretty scary, and I almost got hit by one.  That being said, you could definitely tell that Amsterdam was a clean city, benefiting from the common use of bikes for commuting and the accessible public transportation.