Well, this weekend did not go exactly as planned, but I made the best of it.  The way things were supposed to happen was that I would arrive in Quebec City, Canada around noon on Friday, meet my friend who took a different flight up, tour around the Vieux-Quebec part of town, then check in to our reservation at the Hôtel de Glace ice hotel, built every year during the winter months.  Then Saturday, since they recommend you spend only one night in the ice hotel, we would check out, go skiing, and enjoy a night at the famous Le Château Frontenac hotel.  Instead of that fantastic itinerary, though, the actual experience went a little more like this:  delayed flight, missed connection, rebooked for next flight, that flight is cancelled, rerouted to Toronto then hope to make my connection on a different airline, that flight to Toronto delayed, arrive in Toronto, don’t make connection because bag never shows up in customs, get booked on the first flight out in the morning, learn that my bag is en route to Toronto but only after I had already gone through customs and was barred from going back in to retrieve said bag, spending the night by the airport after 2 hours of waiting for my bag, then finally making it to Quebec City about 22 hours after I was supposed to be there.  I’ll put my lessons learned from that debacle at the end of this post!!!

Fortunately, my friend was able to spend the night at the ice hotel, and I made the best of the situation by going there for a visit the next day so I only missed out on the ice bar drinking, hot tub, sauna, and sleeping on a bed of ice part of the experience.  From what my friend told me, while the idea is great in theory, actually prepping for and spending the night in a room with temperatures in the 20s is not 100% fun.  The hotel makes everyone go through a training class on how to prepare for bed because it’s imperative you wick away as much moisture as possible in order to stay warm in the heavy sleeping bags.  And while you can pretty much cocoon yourself in that sleeping bag, your face is still exposed and your body knows that something out of the ordinary is going on, so it may not be the most restful of sleeps.  Then waking up and having to put on cold clothes is no fun either.  Here are some of the photos I took on Saturday of the common areas, including the ice luge (fun!), bar, some of the themed luxury bedrooms, chapel, and outdoor hot tubs:

Check out this video I made of my ice luge adventure!

As I said before, my visit began 22 hours late and we made every hour count until we had to catch our flights home the next day at noon by going straight to Mont Sainte Anne for some skiing.  The snow conditions were not ideal, with the south side of the mountain being more of the “mashed potato” snow you find in spring skiing.  I suppose it could have been worse and been super icy.  The north and west side of the mountain was a little better snow-wise but more crowded because of the snow on the south side.

After pushing our quads to the limit on the slopes, we made our way back into Quebec City, stopping at a gorgeous waterfall along the route – Chute Montmorency.  The St. Lawrence river was amazing as well because a large portion of it was frozen over and had, what looked like, little frozen waves.  I wish I could have taken a photo, but there was no safe place to stop on the busy highway.

I chose for us to stay at the historic Le Château Frontenac hotel that dominates a bluff in Vieux-Quebec and overlooks the St. Lawrence river.  This hotel was opened in 1893 as one of several luxury hotels built by the Canadian Pacific Railroad and has hosted many famous guests, including Winston Churchill and Franklin Delano Roosevelt during the Quebec Conference of 1943.  Much like the Waldorf Astoria and Plaza Hotel in New York, a stay at this hotel isn’t motivated by its out-of-this-world luxury accommodations.  In fact, the rooms, while nice, are somewhat dated.  One would want to stay at Le Château Frontenac for the history, the ambiance, and the location.

In fact, the hotel is located in the Vieux-Quebec neighborhood and is situated directly next to the funicular that takes you down to the oldest part of town.  Staying in this area affords you access to great restaurants and some shopping, though mostly souvenir shops.  We opted to eat dinner at a place on Rue Saint-Jean called Les Trois Garçons, where we dined on gourmet appetizers and burgers (baked brie, a BLT burger with goats cheese, honey, and candied nuts, and pulled pork sandwich with a side of fries and a maple rosemary mayo for dipping) and treated ourselves to a shared slice of maple sugar pie that was super sweet – like eating five maple bar donuts in a row.  But you can’t go to Canada without having something maple-flavored, right?  Or is it maple-flavoured? 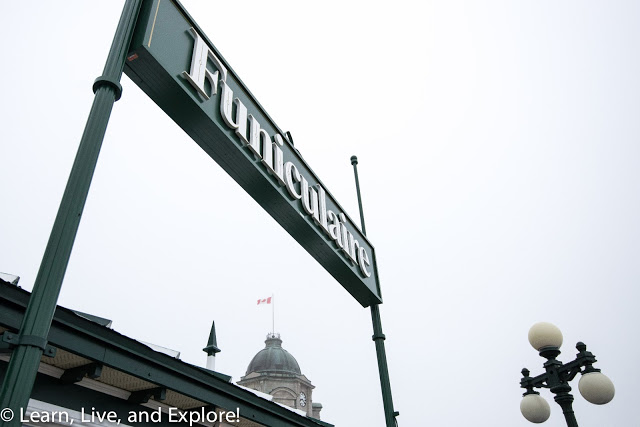 While I was able to compress a lot into 24 hours, it was obvious that having that extra day for exploring would have made this trip a lot better – and given me a beautiful sunny day to work with for my city photos instead of the thick overcast/fog we experienced this morning before leaving for the airport.

I believe that I’ve probably traveled more than the average person, so I feel comfortable in saying that this flying to and from Quebec City is one of the top three worst airline/airport experiences in my life.  Ironically, another one of the top three is also a trip to Canada.  Did I do something to offend Canada at one point in my life?  Sheesh!  What were some of my travel lessons learned from this trip.

(1)  Never opt to take a connection through Philadelphia International Airport (PHL).  The size of the airport makes it very difficult to be flexible with last minute rerouting, finding customer service, etc.  Also, on the return home through customs, you have excessively long walks from each stage in the entry process, plus the security rescreening is extremely inefficient and was causing several passengers to be in jeopardy of missing their domestic connections.  Hint (suggested by TSA agent):   If the security line in PHL after customs (located in Terminal A) is ridiculously long, just find a way to leave the airport, grab an airport transport bus that circles around the terminal loop (e.g. Airport Employee bus) and get off at the appropriate terminal.  I had to get to Terminal F for an earlier standby flight and the security line was empty!  Yahoo!  And I got on as standby, which got me home earlier but I still had to return to the airport to get my bag that did not get rerouted in time.
(2) Sign up for flight alerts.  Had I not received the phone call telling me my rebooked flight to Quebec had been cancelled, before it was even showing up that way on the status board, I would not have been able to jump up from my seat and be first in line to reroute my itinerary.  In the end, this did me no good, but I was the only person on my flight who had even a remote chance of getting to Quebec that night.  Others were being told all flights on all carriers were sold out and the next flight that was direct would be on Monday.
(3) US Airways has lost a future customer.  They messed up my rerouting reservation with another airline three times – where it would show up as confirmed in their system, but would not be in the other airline’s system. Fortunately, I got to the Toronto airport early and was able to remedy the situation before getting the news I could not be on the first flight out on Saturday.  Also, the small size of the US Airways fleet makes them very susceptible to inclement weather.
(4) The new “Airport Traffic” cause of delay, I am convinced, is a scam and, I suspect, is simply a ploy for the airlines to divert financial responsibility for delayed and cancelled flights to circumvent the penalties that they would be forced to pay.  If there was truly an airport traffic issue, then we have a much bigger systematic situation where we have too many planes in the sky.  And the thought of that frightens me.

OK, after all of that “lessons learned” bit, I’m going to go and think about the cool shots I missed out on drinking out of giant square ice shot glasses Friday night. 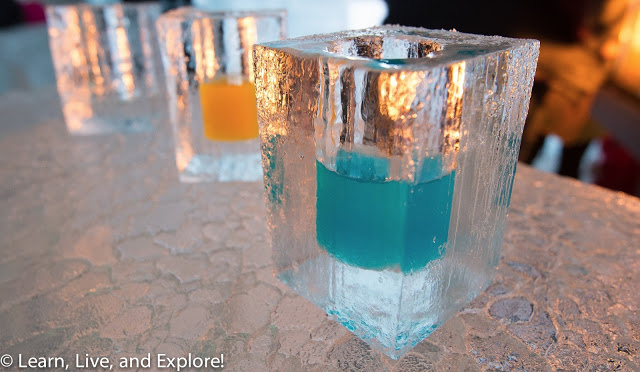