No, I’m not talking about Renee Zellweger, rather the author – Helen Fielding.  Sunday night, Washington D.C.’s Sixth & I cultural center welcomed Fielding and the night’s event moderator, Radhika Jones from Time Magazine.  I was a fan of the Bridget Jones series long before the movies came out, having first stumbled upon the initial book, Bridget Jones Diary, while living in England.  At the time, I wasn’t in my 30s yet, but I could still relate to the frustrations Bridget faced in her every day life.  And like all great romance or romantic comedy novels, the first book and, somewhat, the second book (Edge of Reason) gives the female reader the hope that there is a person out there who will love you and champion you regardless of all your imperfections and mistakes. 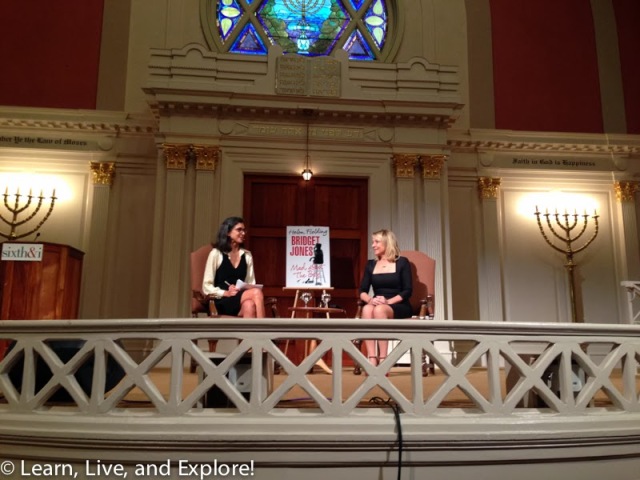 In her new book, Helen Fielding fast forwards around 15 years to a 51 year-old Bridget with two kids.  If you google this book, then what I’m about to tell you should not be a surprise.  However, if you have no knowledge or want to know nothing about the book, then the next section requires a major SPOILER ALERT!  I’ll put it in smaller text so you can skip over it.
Mark Darcy is dead!  When I saw the news in conjunction with the book’s release, I was annoyed. What purpose did it serve to kill off the white knight from the first two books?  Obviously, the question was raised and Fielding’s explanation was that Mark would never leave Bridget, and at the same time she didn’t want to write about a happy marriage.  The theme throughout the first two books is Bridget coping with chaos, and with Mark as her partner things would be too much in balance.  So, since divorce was out of the question, widowhood was the only choice.
While I was worried about how I would be able to associate with a lead character in her 50s, I have to say that Fielding successfully gave us the classic, flaky Bridget we expect and adore. Only this time her diary focuses on raising her two kids, dealing with other competitive and posh “mummys” in the neighborhood, trying to restart her career by adapting a book for a screenplay, and having to face the growing use of technology.  I learned a new word: twunking.  That’s when you use twitter while drunk and overtweet rambling comments.  By the way, fans will be happy to know that Daniel Cleaver has not changed one bit!  And most of the friend gang is back, plus a few new major characters.  No more spoilers!!  It’s a very quick and entertaining read. 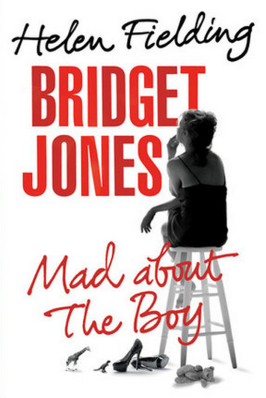